Home English Elections in Colombia: Latin America at the Crossroads Iván Duque is Colombia’s new President. With 10,3 million votes, the uribista* candidate triumphed over the center-left candidate Gustavo Petro by a margin of 12%.

Petro, the former guerrilla soldier who got 8 million votes, acknowledge his opponent’s victory in a very particular way: “If Duque wants to govern with those who helped him win, this government is dead already.” In a statement before his supporters, he openly mentioned former president Álvaro Uribe: “To president-elect Duque remains a decision. To break up with the most anachronistic forces of Colombia, such as Mr. Álvaro Uribe and Mr. [Alejandro] Ordóñez […] if he keeps this anachronistic coalition, we have to democratically and respectfully notify him: the eight million Colombians won’t let Colombia be under war again.”

Despite Petro’s notification, the new Colombian president promised during his victory speech to revise Colombia’s peace deal, “correcting it” so “the victims may be the center of the process and we guarantee truth, justice, reparation and not repetition.” Duque is pupil of Álvaro Uribe, who, during his two terms in office (2002-2010) applied a security policy that multiplied military operations in the country and was a hard blow to Colombia’s Armed Revolutionary Forces – People’s Army (FARC-EP).

In one of the typical ironies we’re so used to in this continent (or even more typical of Colombia, as we take on a magical-realist tone), Uribe was also a spearhead against the peace deals signed between Juan Manuel Santos, his former Defense Minister, and the FARC. Uribe, a “political agitator of the democratic values”, as he defined himself once, had a very radical discourse for an “democratic agitator” during the discussions for the peace deal, accusing it of allowing “FARC’s terrorists”, “the World’s largest drug cartel”, to go unpunished to “turn Colombia into a Venezuela.” In 2017 he promised that, in case his party took the presidency, the peace deal would be revised – and everything indicates that Iván Duque will honor his master’s promise.

But the effects of Duque’s elections won’t be felt only in Colombia. If in one hand the uribistas heavily criticized Juan Manuel Santos for the “impunity to the Castro-Chavistas terrorists” of FARC, at the another hand they cheered the country joining NATO this may. Thus, once part of OECD and NATO, Colombia is now governed by the uribismo. Unlike in the 90’s, though, FARC rebels are not at the gates of Bogotá, but rather completely demobilized and rendered. All this, plus the political changes in the region – Macri in Argentina, Temer in Brazil, Piñera in Chile, Moreno in Ecuador – consolidates Colombia as “Latin America’s Israel”, as journalist Maria Fernando Barreto defined it. 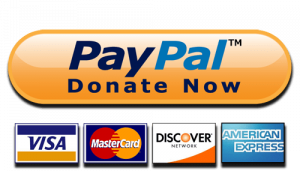